Alpha acids, Cohumulone what are we talking about?

I don't believe that any distributor sells their hops without mentioning on the label the Alpha (alpha-acid) or AA acids they contain.

A.A. is responsible for the bitterness of beer and contains, among other compounds: thehumulone, l’adhumulone and the cohumulone.

At Hopstore we indicate the Cohumulone content of the hops; it generally represents between 20% and 50% of the alpha acids in hops and the higher the level, the more bitterness that brewers consider "hard" is to be expected. Between 30 and 45% of cohumulone, beware, the palate will feel it coming through!

More generally therefore, the higher the AA level in the hops, the more bitter the finished product will be; above 13%, it starts to knock and we are often on "bittering" hops, sought precisely for their bitterness (which does not prevent the aromas, it would be too simple 😉 ). To get your bearings, hops below 5% AA are generally considered aromatic.

In the category of bitter, for example:

You understand here that there are "bitter" and "bitter": A.A. is essential to give a general profile of the hops, but the cohumulones also count for a lot if we don't want any surprises.

For bitterness, you have to put it in a saucepan!

A.A. is not soluble in water, which means that soaking the hops is not enough to extract them and benefit from their bitterness. This means that Dry Hopping brings more aroma than bitterness, you followed!

AA is obtained when the lupulin breaks down and the hops boil and this chemical process takes time. This explains why the hops are immersed in the stock for at least 60 minutes so that the alpha acids are isomerised and thus released. Isomerisation is the chemical process that takes place when the resins in the hops come to the boil: this creates a slightly acidic environment that transforms the AA into iso-alpha acids, which are soluble in water and thus become part of the composition of the beer!

Bitterness, yes, but not that...

In the beginning, hops were put in beer for their conservation properties more than for their aromas. Do you know the history of India Pale Ale? These beers that the English used to load more hops into their beers to make them endure the journey to India? From there to think that we could make anti-ageing creams with hops... 😉

Health. Did you say health?

In addition to their culinary interest, they have anti-inflammatory properties and may help prevent certain metabolic disorders (diabetes, metabolic syndrome or cardiovascular disease)1including by modifying the lipid profile of the blood.2. Hmmm, to be continued...! 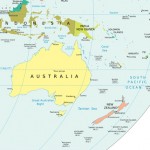 Hops in New ZealandHops
We use cookies to guarantee you the best experience on our website (in particular by keeping the basket until it is validated). If you continue to use this site, we will assume that you are satisfied with it.Ok